The Bhatner fort is situated at Hanumangarh district (jila, जिला) in Rajasthan, India, about 419 km northwest of Jaipur, Capital of Rajasthan, along the old Multan-Delhi route and 230 km north-east of Bikaner. The old name of Hanumangarh was Bhatner, which means “fortress of the Bhati”. Amazingly, it is believed to be 1700 years old, it is considered to be one of the oldest forts of India.

It was built by Bhupat in 253AD. He was son of the king Bhati of Jaisalmer. They were Bhati Rajputs. The history says that king Bhupat had lost the battle against the Sultan of Ghazni, and he took shelter in the jungle around the Ghaggar River. There, he constructed this great fort for himself which was named as ‘Bhatner’. The entire fort is built of bricks. It covers an area of about 23 Acres.

Therefore, Bhatner fort is about 1700 years old.  It is considered to be one of the oldest Forts of India. It is situated in Hanumangarh, Sri Ganganagar in Rajasthan. The Old name of Hanumangarh was Bhatner which means ‘Fortress of Bhatti’.  It is perhaps the most neglected and least visited fort of India.

Location of the Fort

It has been a symbol of Rajput grandeur throughout history. The fort rests over a Thed, an elevated land on the bank of the ancient Sarasvati (Ghaggar) river. It lies about 419 kms northwest of Jaipur and 230 kms northeast of Bikaner. Going by historical records, the fort had acquired a status symbol and withstood numerous invasions.

How to reach Hanumangarh

Many Historians wrote about Bhatner

This formidable fort has been mentioned in his writings by Chinese traveler Huen Tsang, by Timur in his autobiography ‘Tuzuk -e-Timuri’ and also by Mughal Emperor Akbar in his book ‘Ain-i-Akbari’. Its strategic location on the Delhi-Multan route attracted many Muslim raiders. It was also referred to as ‘Tabarhind’ or outer gate of Hind.

How the Name ‘Hanumangarh was given

Many Temples are built inside

One look at the erstwhile massive monument is enough to fill you with awe as to its original magnificence. The gigantic barricades, towering gates, rounded bastions, the fine bricks, 52 huge reservoirs or kunds for storing rainwater, the well thought of drainage system are beyond description. Every brick testifies its history. On the inside are many small temples dedicated to Lord Hanuman, Lord Shiva, and Karni Mata.  There three statues with some inscriptions, the ‘Jain Pasara’.

There is an ancient building and the tomb of Sher Khan, the nephew of Sultan Ghiyas-ud-din-Balban. Records also tell about a secret tunnel.

Historically invincible, this formidable fort of yore is today, ironically gasping for life. All that remains is brick shanties, dilapidated in parts, near ruins in others.

Overall a dismal monument mutely witnessing its crumbling ramparts. No doubt some repair and renovation work has been done from time to time, but it is not enough. Visitors get disappointed. However, a walk through the gardens can be quite pleasant and peaceful.

For the locals, it is a great place for morning/evening walks. Many can be seen engaged in yoga practice also during the wee hours.

Though not strongly recommended for a detour, yet, you might just lift up the soul of the fort with your visit. After all, it has played its part heroically! 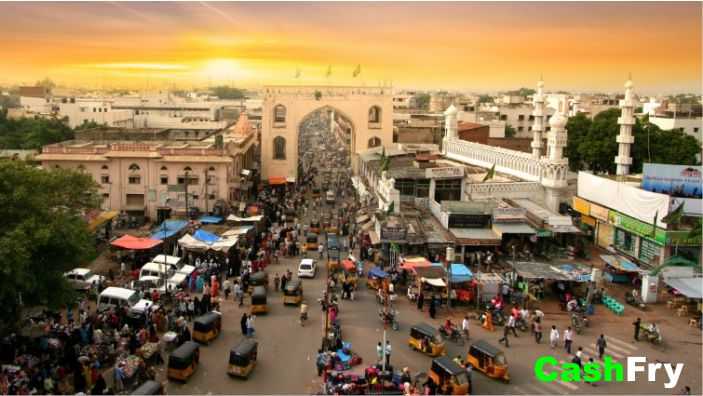 Vandana Verma is Graduate with English Honours. Writing is her Hobby. She writes Content and Blog Stories for CashFry.in.