How to reach Nahargarh Fort:

You can go via Jaipur.  There are trains, Buses, Cabs.  You can also go to Jaipur by Air, book your ticket through MMT at discounted prices by using MakeMyTrip Domestic Flight Coupons. There are Jet Airways, Spicejet, Air India, and a few more flights. Nahargarh is only 17 KM from Jaipur. You can hire a cab and rach at the fort. 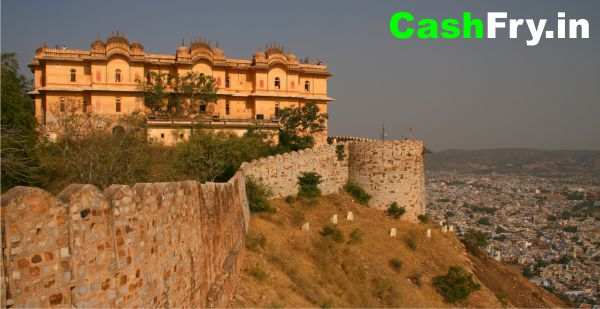 Nahargarh Fort is built on the edge of Aravalli hills about 700 ft high from the sea level, 18 km from Jaipur. When the fort was built, it was named as Sudarshangarh. Later on it was named ‘Nahargarh’. Some people believe that it is the Fort of Tigers because Nahar means Tiger.

Some people believe that the construction of the fort was hindered by the spirit of Prince Nahar Singh Bhomya who was born in 1823 and died in 1858.

The laborers at the fort were constructing the building during 1883 and 1892 and it was getting demolished during the night. Therefore, it was believed that the spirit of Nahar Singh might be obstructing the construction. Thus the name of the Fort was changed to Nahargarh Fort.

Nahar Singh was martyred in the Independence movement of 1857. Therefore, the name of the fort was kept, Nahargarh Fort. 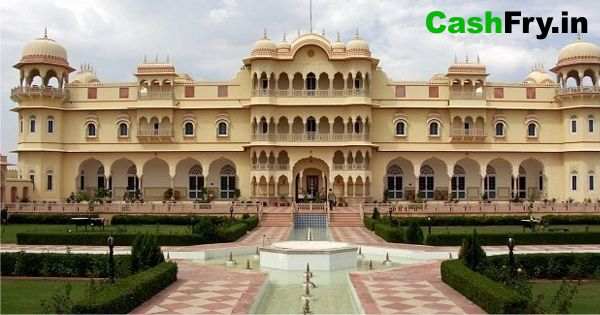 This fort was an initiative of Maharaja Sawai Jai Singh ll. He started construction of the fort in 1734. Later in 1868, Sawai Ram Singh extended the fort. In 1883 Maharaja Sawai Madho Singh constructed a palace Madhavendra Bhawan which is known as Nahargarh Palace Ranthambore or Hotel or Hotel Nahargarh Ranthambhore.

He made different suits for his queens in the palace, within the fort. The suits were connected through a corridor. There were 9 suits for his 9 queens. The king had 10th suite for himself. You can watch the palace from the different parts of the city.

All the suits had a kitchen and a toilet. Therefore, it is said the palace had European architecture. You will be amazed that by the time of Shahjahan, the toilets were not invented. This technology came to India later.

Nahargarh was used as a hunting camp by the different kings when they were going for hunting near the fort.

The fort was never attacked by anyone except there was a treaty with Marathas in the 18th century.

The fort had got 2 step-wells in the fort area. There is a ticket to see the fort from inside. 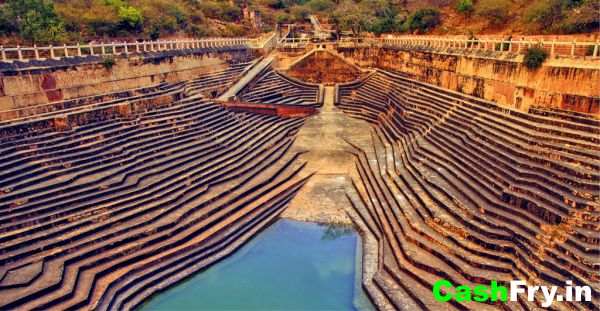 Recently the Government built the wax museum near the fort. This wax museum has got more than 35 Wax and Silicon statues.

Many people are afraid to visit Nahargarh because they think, it is a haunted place with Nahar Singh’s spirits. But a lot of people visit the fort and the other places in the fort and did not face any problem.

There are two restaurants within the fort which remain open till 10 PM. These restaurants are ‘Once Upon a Time’ and the other is Padao. 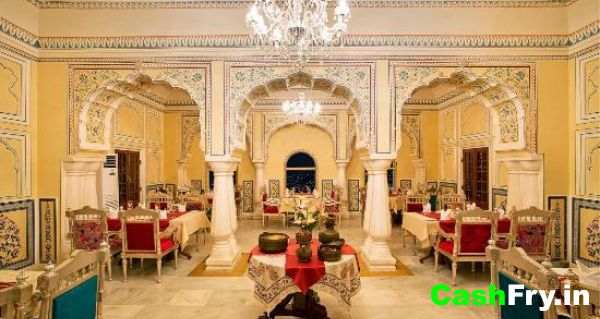 ‘Once Upon a Time’ is a private restaurant and ‘Padao’ is organized by the Rajasthan Tourism Development Corporation. North Indian food is served at these restaurants along with the hard drinks. 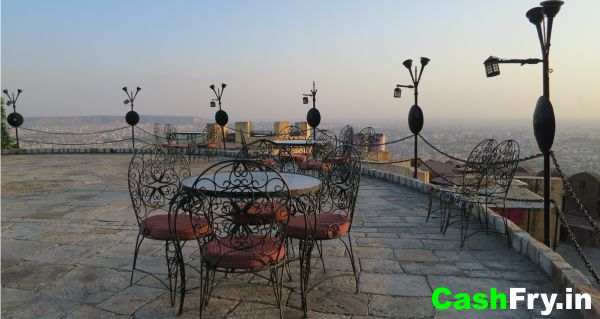 There are other places Amer Fort, Jaigarh Fort, Nahargarh Biological Park, Jalmahal, Rajrajeshwari Temple and others.

You can know about the Real Fact about the Construction and Demolition of Babri Masjid.